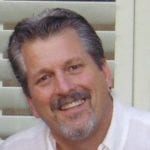 Well if the title was not enough to raise an eyebrow this statement may, of all the publications we are going to print over the years, this will always be my favorite. Why, like so many of others, I have lived several business lives, and the one which I am most fond of, I had to reconcile with its status when I left it of not being complete.  From 1991 to 2001 I was blessed to be a part of Northern Nevada’s 90’s development awakening. A story for another time when I was a partner in an architectural firm during this period and before our doors closed in 2001 we saw $500 Million plus of our projects approved and or constructed. It was an incredible time for Northern Nevada. Yet, amongst all of this wonderful success, we as a community began to understand there simply were not enough bones laid before us.  We learned that each and every significant public, community development or redevelopment project was built on the bones of others and by the end of the decade there were simply not enough.

To some what is happening in our region now may seem new and fresh and much of it is. Over the years I have learned that a little history lesson here and there can be very helpful, so here we go. You see over the period of time from ’91 to ’01 Northern Nevada, had many of the largest and most successful development, redevelopment, investment, and general contractor groups coming to the region to build a new, grand, Northern Nevada. Let’s look at a few of the companies, The Cordish Companies of Baltimore, founded in 1910, they were here, along with construction giants such as Turner Construction, Brown and Root an international construction giant who rubbed shoulders with Lyndon B Johnson and Dick Cheney, they were here also. I could take up many more pages talking about world class architectural firms and investment giants and their advisors such as Williams Kuebelbeck who had advised Presidents on economic issues, they were here also.

So why will this be my favorite issue of all?  It is because of the men and women who continued with the belief that our region could someday be exciting and vibrant again as it was during the days of the great Comstock Load. It would have been too easy for so many to give up on Northern Nevada and pull up stakes, and yet there are those who stayed, and believed in what we could be, some have served and their names will be forgotten, others have stayed and will likely be remembered for a very long time.  Companies like Clark and Sullivan Constructors our cover story this month, who dared to preserver. I, for one am so very proud to be called a Northern Nevadan, knowing that so many have given so much, they have laid their bones as our foundation for a brilliant future.

The new giants of industry and commerce are truly a welcome sight, however, they are not here because they discovered and built us, they are here because of those who had the vision, courage, belief, and passion to give everything they had in so many cases, to create a road built upon the bones of others, their fortunes, their companies, and there lives, welcome to my favorite edition of all, and another quick note, be sure to find something to hold on to, we are all in for a wonderful ride.