Forbush and Associates see themselves as much more than a CPA firm. In fact, they see their role as more of a most trusted advisor and a valued member of their client’s management team. They have been a family owned and operated business in Reno since 2001. Their philosophy is simple—everyone needs a controller and Chief Financial Officer just like Fortune 500 companies. With founder Dan Forbush’s experience working for companies listed on the New York Stock Exchange and his son Brent Forbush’s experience working for PricewaterhouseCoopers, they can bring the Wall Street experience to Reno.

For starters, they do a complete evaluation of their client’s business. According to Brent Forbush, “We look at where can we reduce cost and increase revenue, what their market share is like, where are they penetrating and where they are not. We also look to see if there is another application for the product or service and even if it could be used in other geographical locations. By consulting with our clients first we figure out what makes the most sense and work that out with them strategically.”

Their primary analysis is based on several factors: business size and the drive of the business owner. They look at what the company is trying to accomplish and figure out the best scenario for doing so. Forbush explains that there are typical business plateaus, “Infrastructure changes need to occur at around $1 million, $5 million, $10 or 20 million, in revenue. Typically, companies with $1 million revenue have a hodgepodge of systems and processes in place. Until this is addressed, businesses can expect to experience slow revenue growth and maybe even profit reductions because the infrastructure is not built to handle more. Ideally, we like to work with clients before they hit that $1 million mark to start that infrastructure modification. That way the truck is going and we can plow through a million and keep going up.” 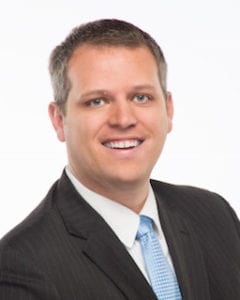 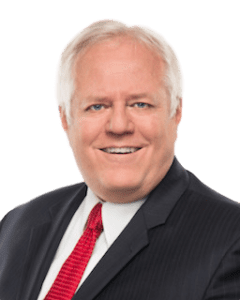 Being a family run business gives them an opportunity to work with other family owned businesses on a whole different level. According to Brent Forbush, “That gives us the ability and perspective to walk into these typically closely held family run businesses where we understand the dynamic. We get a lot of them and we are working with a client right now where the father is inching closer and closer to retirement and the sons are starting to take over the business. My client knows that I understand what he and his brothers are going through. I have empathy for his situation and I can try to bridge the gap between father and son.”

Their current client base is businesses with $1 to $50 million in revenue and growing. Their expertise is working with businesses who are experiencing growing pains. Often these smaller companies have a bookkeeper on staff who isn’t ready to take on the advisement role of a CFO as this is a very different skillset than a transactional role. Forbush provides that highly strategic approach to businesses both small and large.

Forbush shared a success story of a construction client who was at his peak in the early 2000’s. He was doing five subdivisions simultaneously and building about six to eight homes per month. When the economy crashed, he went dormant and wondered if they should close the business for good. Forbush worked with them while they found a new prime location in Elko because of its mining operations. So, the construction firm headed to Eastern Nevada and started small again—building about four to five homes per year. They got their profitability back and survived the tough times. Now they are back working on projects in Fernley, Palamino Valley and Spring Creek. Forbush doesn’t take credit for the success of the client but enjoys “thinking outside the box.”

One of their clients is a large family run specialty grocery company. The mother, father, son and daughter all are involved in the daily operations. Despite operating a nearly $4 million business, they struggled making vendor payments and paid cash on delivery for all items. When they hired Forbush, he suggested implementing something simplistic like a time clock so there could be real time reporting. By looking at the POS system and comparing that to the payroll system at specific times of the week, the day and even the hour the client could determine if the amount of sales and payroll aligned. They set some benchmarks and alerts in the timeclock software making management aware when somebody was about to hit overtime.

According to Forbush, “Now they have real time data. They went from $4 million to $6 million in revenue in about two years. With the timeclock, they have a historical tracking system. They can now figure out payroll dollars per hour and implement a strategy for busy times of the day, week and month. That goes back to the POS system. Now revenue has increased because of a better economy but they can control costs to increase at a slower pace due to information available to them so it drives dollars to the bottom line. Their profitability has increased significantly too. Profits historically were in the two to five percent range and are now in the seven to ten percent range. That’s just one example of us being hired as an accountant and then moving into a business consulting role as a most trusted advisor.”

The firm has countless stories of being that most trusted advisor and has over 100 years of collective experience as a firm. At Forbush and Associates, that Wall Street experience is something that can be found right here in northern Nevada.

Brent Forbush is the Auditing and Accounting Manager at Forbush and Associates which is a family owned and operated local CPA, accounting and tax preparation professional services firm. Learn more at www.forbushandassociates.biz.