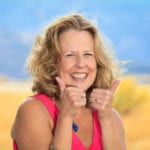 Most people cannot imagine a world without waste. However, the concept of zero waste is nothing new to Dr. John Whitney, CEO of Itronics, Inc., a “creative green technology” company headquartered in Reno, NV. Not only has Dr. Whitney imagined a world without waste, he’s creating it by taking hazardous toxic waste and creating environmentally-friendly consumer products.

It all started in 1986 rainbow and cutthroat trout were dying in the Truckee River because of silver-bearing photographic waste being dumped into the river. It turns out that silver is highly toxic to fish. The cities of Reno and Sparks were familiar with Dr. Whitney’s research on silver recovery chemistry and wanted his help to solve the problem. At this time, the Environmental Protection Agency (EPA) was threatening to file a lawsuit against the state of Nevada.

After testing the material, Dr. Whitney created a solution—he invented a new process that extracted silver out of the highly toxic photographic waste while neutralizing its harmful effect on fish and the environment. The development of this solution allowed the cities of Reno and Sparks to ban the discharge of silver-bearing photo waste to the sewer treatment plant, eliminating the silver contamination problem. This also saved the cities about $6 million per year in nitrogen removal expenses. Cumulative savings have been on the order $150 million for the communities. Major environmental lawsuits and the associated costs were also avoided. At the end of the day, the Truckee River and Pyramid Lake fisheries were saved from further damage by eliminating the silver from the water. 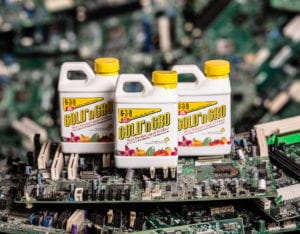 Following the solution, Itronics was born and has been in the green technology business since 1990. Today, about 10 percent of their business involves the extraction of silver from photographic waste to create silver bullion, silver-bearing glass and the other 90 percent is from sales of specialty liquid fertilizer called GOLD’n GRO. They pick up spent silver-bearing photochemicals from more than 100 customers in northern Nevada and California and transport them to their facility in Stead for silver extraction and fertilizer manufacturing.

“When we removed the silver from the photographic waste we found there were valuable components in that liquid. That’s when we invented a way to put micronutrients into the liquid. That invention earned us second place in the IChemE, Worldwide Environmental Awards in London, England and GOLD’n GRO was recognized as one of the best agricultural innovations by the Canadian Association of Agri-Retailers,” said Dr. Whitney. This product is suitable for lawns, houseplants and most crops.

Dr. Whitney explained a bit about how the process works, “By taking toxic liquids from spent silver-bearing photographic liquids we are able to convert 100 percent of it into eleven different formulas of liquid zinc fertilizers and into silver production. At our 35,000 square foot facility in Stead we make silver bullion bars from those photographic liquids in our special furnaces that are heated to 2100 degrees F. That’s the temperature of the lava flowing out of the volcanos in Hawaii. Each bullion bar weighs about 700 ounces or about 45 pounds.” These silver bullion bars are sent to a finish refiner, where the metals are separated.

From e-waste to zero waste

Electronic waste (e-waste) continues to grow as we continue to use and rely on technology gadgets as the lifespan of consumer electronics like laptops, televisions, tablets and cell phones keeps getting shorter. According to the EPA, only about 15-20 percent of all e-waste is recycled. The United States produces more e-waste annually than any other country. Each day Americans get rid of over 416,000 mobile devices and 142,000 computers either by recycling or disposing of them in landfills and incinerators.

There’s money in these discarded goods as there are precious metals like gold, silver, platinum and palladium that can be extracted. Unknowingly to the U.S. consumer, many of our discarded electronics are shipped to India or China under the guise of being recycled. Instead, they often end up on the streets where they are burned and endanger the cities where they are dumped. “In 2016, about $22 billion of gold in e-waste was thrown away by not recycling properly. The amount of gold and other valuable metals lost worldwide is staggering. With our process, we not only recover the gold and silver, but also valuable metals like copper, tin and palladium,” said Dr. Whitney. 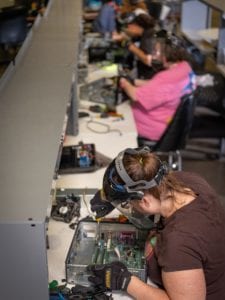 In addition to creating a process to extract all the base and precious metals, in 2017, Itronics teamed up with Vivian Ruiz, Executive Director of Disability Resources Inc., a nonprofit that helps individuals with disabilities achieve their highest potential through support programs and skills training. New2U Computers is a division of Disability Resources. They receive donated computers from the community, which are either refurbished or repurposed for resell in their store or to be given to individuals with disabilities through their Computer Giving Program or recycled.  New2u Computers recently received certification in R2:2013, ISO 14001:2015, and OHSAS 18001:2007. They are the first nonprofit in Northern Nevada to receive these certifications. R2 is considered the electronic recycling standard.  Each provision of the R2 Standard is designed to help ensure the quality, transparency, environmental and social responsibility of electronic recycling facilities and of their downstream vendors such as Itronics. Because of their partnership with Itronics, the computers are now dismantled by individuals with disabilities supported in their Job Development Training Program, and the recovered circuit boards are supplied to Itronics. Itronics sees this as the optimum use of community resources when it can collaborate with an organization like Disability Resources to help provide job opportunities in the community who may not have jobs otherwise.  Disability Resources provides their employees with paid employment and a fair hourly wage where they can bring value not only to themselves, but to their families as well.

From mining waste to zero waste

Dr. Whitney also invented KAM-Thio, a clean processing technology, as an extension of the GOLD’n GRO fertilizers. It has caught the interest of the mining industry, particularly here in the Silver State. Comstock Mining Inc. is using the KAM-Thio process on their silver-gold heap leach tailings as the residual silver, gold, base metals and cyanide can still be recovered from previously leached material. This in turn creates a potentially efficient and environmentally attractive process. Tests performed in independent metallurgical labs showed that the cyanide residual in the cyanide leached material removed through the KAM-Thio technique neutralized the solution to national drinking water standards. These results could dramatically reduce mine reclamation.

Corrado De Gasperis, Executive Chairman and CEO of Comstock said at the June 12 annual stockholders meeting, “If this technology can efficiently recover these materials, then it could become a substitute for the use of cyanide and significantly change the permitting, reclamation and processing cost profile for these types of mining projects.”

What’s in store for the future? Itronics would like to continue their Made in Nevada legacy. They have most recently purchased a 48 acre, 54,000 square foot manufacturing facility in Wabuska, Nevada. “This is a long term strategic site acquisition for commercial expansion of Itronics’ unique portfolio of zero waste technologies,” concluded Dr. Whitney.

With zero waste technologies being invented and utilized by companies like Itronics, it’s a bit easier to imagine what a world without waste would be like. 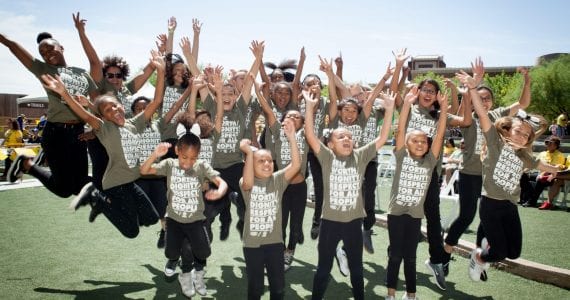 Press Room 01 Jul 2019 5 comments
-Barrick helps ADL combat hate in all its forms   By Jolie Brislin, Anti-Defamation League Nevada Regional Director Hate is on the rise. We saw it most recently in New…