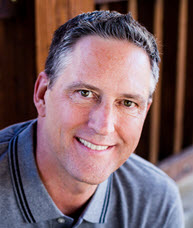 Well, summer’s almost here! I’m starting to believe that Reno should be included in The Pacific Northwest. After a really wet spring, I’m hoping for a fantastic summer. This month we’re taking a look at our transportation infrastructure. After what seems like an indeterminately long time, the SouthEast Connector will be opening with a family day, walk/bike/run event on June 30thand the official road opening on July 6th.

After spending half a day out there shooting photos with Marcello, it felt almost surreal. After all of this time, this road was actually coming to fruition. It’s a beautiful stretch of road with gorgeous views of Mount Rose from the eastern side of the valley. It’s a far cry from the “freeway” some have named it, lined with greenways and lakes, a future sports complex, NO overhead lighting and a 45 MPH speed limit. Veterans Blvd will be an enjoyable road to traverse the valley from north to south and vice versa. This is coming to you from a 20-year resident of Hidden Valley! I welcome the opening of the road and look forward to the additional access we’ll get to things like the IMAX, Summit and even Lake Tahoe.

We’ll also look this month at the current increases in traffic demand in the Truckee meadows, as well as projects already underway.

This month also marks the launch of our southern Nevada edition of bizNEVADA! Las Vegas has been champing at the bit for BizNEVADA to get started down there and this month Craig Ruark is piloting our  maiden voyage. Our launch party was on June 12that the Innevation Center in Las Vegas and I’m sure it was a hit!

One last editorial rant before I go. In our Vegas edition, we are covering the construction well underway of Interstate 11 from Phoenix to Las Vegas. This road also has future plans to connect Las Vegas to the Reno area (somewhere east of here) and eventually reach from Mexico to Canada as a main Interstate artery. I am a great supporter of One Nevada. Meaning that, other than a competitive rivalry between UNLV and UNR (GO PACK!) I believe that we should think and act as one State. A four or six lane I-11 would help to connect north and south economically, traversing the desert with just a five hour route for goods and services. Let’s get creative and let’s get it done. This would have a huge impact on commerce in Nevada. Perhaps Elon Musk would even get on board if he could use the road for his autonomous 18 wheelers. What do you say Mr. Musk? I’m much more excited about a quality freeway from Reno to Vegas than I am about a hyper tube!

Who Owns the Rain?

Craig Ruark 09 May 2018 3 comments Editorial
by Craig A. Ruark In nearly every part of the world and most of the U.S. when it rains, people take advantage of the heavenly gift and in many cases…

Corrine Casanova 29 Mar 2018 6 comments bizCOVERSTORY
by Corrine Casanova If you needed to get your appendix out, would you trust a doctor that had no surgical training to remove it? Chances are, probably not. Interestingly enough,…