Aerial photos of the SouthEast Connector from 2016 and 2018. Here are the links for the May 2016 & May 2018 flyover videos from the RTC. Link to both videos: http://www.southeastconnector.com/videos/

The long-anticipated SouthEast Connector is slated to open July 6, 2018. This is a Regional Transportation Commission (RTC) of Washoe County road improvement project which involves construction of a new 5.5 mile road which includes seven bridges, two signalized intersections and a multi-use path for recreational users. The new roadway will be three lanes in each direction from the intersection of Greg Street/Sparks Boulevard to the existing intersection of Veterans Parkway/South Meadows Parkway. The RTC refers to it as an environmental project with a road going through it as it improves and enhances the environmental ecosystem in the Truckee Meadows while providing recreational opportunities

Discussions about the SouthEast Connector have been in the works since the 1970’s although the alignment wasn’t approved by the RTC Board of Commissioners until 2008. It was formerly referred to as the Tahoe/Pyramid Link prior to being named the SouthEast Connector in the early 2000s. Since its inception, the idea has been to provide an alternative way for commuters to travel between South Reno and east Reno/Sparks. For many, future transportation issues weren’t a pressing concern. But, the RTC knew the value of planning ahead and the time required to make the SouthEast Connector a reality.

The project is 100 percent funded through voter-approved local RTC-5 funding which comes from the local fuel tax. According to RTC Executive Director, Lee Gibson, the fuel tax is adjusted each year to keep pace with inflation and maintain its purchasing power. “In 2008, the voters approved a fuel tax indexing ballot measure. In 2009, the legislature enacted fuel tax indexing and was implemented in 2010. The RTC sold bonds against future fuel tax revenues to fund regional road projects, including the design and construction of the SouthEast Connector. In 2012, the RTC made the decision to issue a fourth bond and accelerate the construction of the SouthEast Connector. Coupled with proceeds from earlier bonds, the RTC was able to fully fund the construction and divided it into two phases. The vote of the people, fuel tax indexing and the bonds were all approved in a period when the RTC was in a deficit and the nation in a recession. It was a conscious effort by the RTC and the voters to keep and create construction jobs in the community. Today, the region is importing construction workers from all over to meet the demand of building as a result of the current economic growth. Through the fuel tax the RTC was able to fund transportation infrastructure during the recession. One of the reasons the RTC is doing better economically is that we are able to get projects completed while most communities do not have the funding revenues needed for transportation infrastructure projects. The result today is diversification of businesses which has helped us create a more diversified economy. The benefit of that will be when we have the next economic downturn, it will be spread across different industries,” said Gibson.

The total investment for the SouthEast Connector is $300 million, the agency’s largest road construction project to date. This amount includes design, permitting, right-of-way acquisition and construction. There are many stakeholders in the project. Doug Maloy, RTC Project Manager, explained, “At the end of the day this project benefits all who live and work in the northern and southern parts of Washoe County. It’s more than just the commute time being condensed. Their benefit is in their commutes and the other things they do. The RTC doesn’t own roads, so the City of Sparks, the City of Reno and Washoe County will each own and operate different parts of the SouthEast Connector.”

There are two phases to the project. Phase 1 construction was completed in July 2014 and consisted of the building of two bridges: the Veterans Memorial Bridge and the Clean Water Way Bridge; and the new roadway from Greg Street to south of Clean Water Way. Kiewit Construction was the contractor for this phase and it was designed by T.Y. Lin International Group.

Phase 2 construction began in June 2015 and consists of the building of five bridges at the Yori Drain, Boynton Slough, Rosewood Lakes, Mira Loma and Huffaker Narrows; and a new roadway. Granite Construction was the contractor for Phase 2 and it was designed by CH2M (now Jacobs Engineering).

Unique challenges of the project include the many and varied environmental aspects of the project particularly because it is in a flood plain. Maloy explained, “For every shovel full of dirt we placed to construct the roadway above the flood plain we had to remove a shovel full of dirt. We are restoring and replacing wetlands that we removed including portions of those wetlands located within the Rosewood Lakes Golf Course at a two to one ratio. The RTC is creating a better more sustainable and diverse wetlands that were there previously and are doing that by planting trees, cat tails and other plants that will survive and do well in this environment. The RTC worked closely with the U.S. Army Corps of Engineers. Because they were constructing in a flood plain, the RTC was required to obtain a 404 Permit from the Army Corps and abide by everything in the permit. Other stakeholders include the Nevada Department of Environmental Protection who regulate and serve to protect the waters in the adjacent Steamboat Creek that flow to the Truckee River and Pyramid Lake. “Working with the many stakeholders we have been able to provide major transportation and environmental benefits to the community without creating adverse impacts,” Maloy stated.

Brian Stewart, RTC Director of Engineering, sees intrinsic value in the project not just from a transportation standpoint. He is of the “road runs through it” philosophy. “This is a road that is not only connecting Reno/Sparks. It is really connecting the community and the Washoe County. There’s an economic benefit in this but also a recreational benefit too. The shared use path that runs along it connects the Truckee River to the multi-use path in South Reno. Expect to see hiking, biking and running along the 5.5 mile stretch. It is separated from the road to make it a safer more enjoyable experience.”

Because of the complexity of the project, communication and public engagement is key. According to Michael Moreno, RTC Public Affairs Manager, “In the course of planning and construction we have held over 350 meetings and presentations to keep the public informed about the project and get their input. It has been very beneficial to have that dialogue with the community. They are stakeholders and this helps them to feel they are engaged and part of the process. The connectivity and mobility of Reno and Sparks is significant considering all the growth that is taking place. Our freeways are at capacity so this regional roadway will be very beneficial for the region.”

The RTC will be holding a grand opening event to celebrate the official opening of the SouthEast Connector. They would like the public to see firsthand why they refer to this as an environmental project with a road going through it. 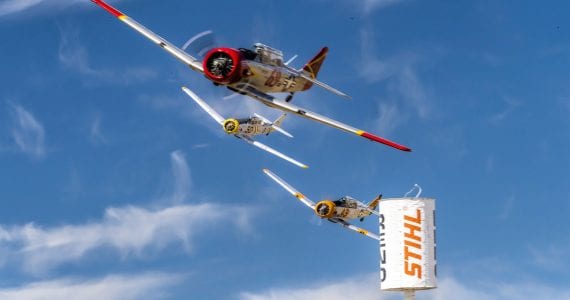 Press Room 17 Jun 2019 35 comments
Reno, Nevada: home to one of the most diverse and jam-packed event calendars of any metropolitan city in the nation. In 2017, tourism in Reno surpassed more than 5 million…