Marsy’s Law for All seeks to amend state constitutions that don’t offer protection to crime victims and, eventually, the U.S. Constitution, to give the victims of crime, a set of rights equal to those already afforded to the accused and convicted.

During the 2015 and 2017 Nevada legislative sessions, state representatives in both the Assembly and Senate passed “Marsy’s Law for NV Rights to Protect Crime Victims” and, as required by the Nevada Constitution, the measure will appear on the November ballot as Question 1. This initiative must be approved by Nevada’s voters to solidify these victim’s rights as a Nevada Constitutional Amendment.

The push for the law started after 21-year-old Marsalee (Marsy) Nicholas, a beautiful, vibrant University of California Santa Barbara student, was stalked and killed by her ex-boyfriend in 1983. Only a week after Marsywas murdered, Dr. Henry Nicholas and Mrs. Marcella Leach, Marsy’s brother and mother, walked into a grocery store after visiting her grave and were confronted by the accused murderer. They had no idea that he had been released on bail. 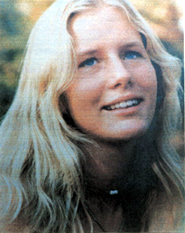 Part of Marsy’s Law would make it mandatory that Nevada victims and their families are notified before an attacker is released. It would also give the victims more of a voice in the criminal proceedings.

“Question 1/Marsy’s Law would guarantee that the victim has a voice during the court and penalty process. There are many judicial officials who keep victims involved in their case right now, but we want to make sure that it’s a constitutional right so victims have guaranteed protections,” said Will Batista, the State Director for Marsy’s law Nevada.

If approved by Nevada’s voters, the following rights to crime victims will become part of the Nevada Constitution:

Going into this election, six other states have ratified constitutional amendments known as Marsy’s Law. The first of these states was California in 2008, where voters approved the citizen-initiated Proposition 9. In 2014, the Illinois State Legislature became the first legislature to refer a Marsy’s Law, which voters approved. Marsy’s Law for All sponsored initiative campaigns in Montana, North Dakota, and South Dakota in 2016 and Ohio in 2017.

In addition to Nevada, voters in Oklahoma, North Carolina, Kentucky, Georgia and Florida will also consider Marsy’s Law amendments during the 2018 election.

Dr. Henry Nicholas, the co-founder and former co-chairman of the board, president and chief executive officer of Broadcom Corporation,and brother to Marsy Nicholas, has provided financial backing for each of the initiatives rather than ask for donations from citizens to fund the effort.

While an official opposition to Marsy’s Law has not been filed in Nevada,the ACLU has posted their opposition to the law on their website stating, “This national effort seeks a specific list of constitutional rights for crime victims more expansive than the statutory rights afforded victims in every state. Granting victims constitutional rights equal to the accused in criminal proceedings inappropriately undermines due process by creating conflict between victim and defendant rights. It also exacerbates flagrant inequalities in our criminal legal system.”

Nevada voters will have the final say on Question 1 and this proposal to expand victims’ rights in the November election.