Michelle Sherven is not just a businesswoman, she has an interest in learning about the people and projects her company serves, and a passion for giving back to the community.

Sherven graduated from Dickinson College in Carlisle, PA in 1996 with a BS in Environmental Science, and immediately moved west to escape the cold and wet Pennsylvania weather. She ended up in Tucson, AZ where she was offered a front office job filing, faxing, and typing reports for an environmental laboratory. After a few months,she moved into the laboratory as a chemist. 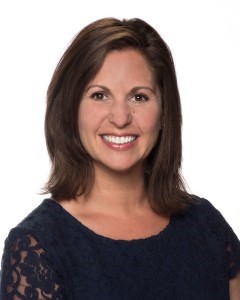 This experience allowed Sherven the opportunity to advance her career and relocate to a larger laboratory in Phoenix, where she moved back out front to handle the customer service side of the business. “I really enjoyed the experience that I got, working in the lab and running tests, but I am more of a people person, so it was more of a fit for me to move back into project management,” commented Sherven.

As luck would have it, the Phoenix company bought a laboratory in Reno that also had staffing difficulties. Sherven was moved to Reno to manage that laboratory and get the problems under control. Under Shereven’s management, combined with her passion for customer service, the Reno office became successful and saw prosperous growth.

Eventually, after a number of years of success in Reno, the Company again relocated her to Colorado where she worked in the Corporate office. While in Colorado, the company ran into some financial problems, causing them to close the Reno laboratory in 2002.

However, Sherven’s former clients, for whom she had provided such great service, were not happy about the closing of the lab and with their encouragement, she purchased the Reno business and assets, changing the name to WETLAB.

“Reno and Lake Tahoe is beautiful and has so many environmentally sensitive areas that it is a great place for an environmental laboratory.”

WETLAB provides organic and inorganic microbiology testing and is certified under the Clean Water Act, Safe Drinking Water Act, and the Resource Conservation and Recovery Act (RCRA) in Nevada, California, Idaho, and Wyoming. Their certifications qualify them to run over 60 different tests, and most of their work involves analysis on water quality issues as they pertain to the soils, lakes, and river systems, as well as the mining areas.

WETLAB is also certified by the Women’s Business Enterprise National Council (WBENC) as a woman-owned business.

When Sherven started WETLAB in May of 2002, the laboratory was very small, and she had six employees. In 2006, she bought 7,500 square feet of space in a condo building in Sparks and over time has bought two more condo spaces, expanding her laboratory to 17,000 square feet. WETLAB has also opened small satellite laboratories in Elko and Las Vegas, and today has 47 employees.

In addition to owning and running a successful business, Sherven also contributes both time and money to community charity organizations. She offers a robust volunteer program where an employee, after 12 hours of volunteering, will receive eight hours of paid time off up to four days a year.

“The community has been really supportive of us over the years, and I am really passionate about giving back,” said Sherven. “And what drives a lot of what we do and the choices we make is the employees. Sometimes we do things as a group and many times it involves individuals who volunteer on their own,” explained Sherven.

One of WETLAB’s employees is on the board of the Veterans Guesthouse and Sherven, along with her employees has teamed with that organization to raise funds, putting on a 5K race last year. Once a month for the past ten years, the employees have volunteered at the Food Bank of Northern Nevada.

Sherven and her firm also like to encourage students to become more interested in science and provides some funding for Sierra Nevada Journeys which offers a range of programs in northern California and Nevada that deliver innovative outdoor, science-based education programs for youth to develop critical thinking skills and to inspire natural resource stewardship. A few employees also volunteer during Family Science Nights at the local elementary schools.

Personally, Sherven has been involved with Entrepreneurs Organization which has 181 chapter locations in 57 countries. Sherven mentor’s startup businesses in the Reno area. She also coaches a Girls on the Run team of which her ten-year-old daughter is a member.

When she is not working, Sherven enjoys spending time with friends and family, which includes her daughter and eight-year-old son, reading, cooking, and running half marathons.