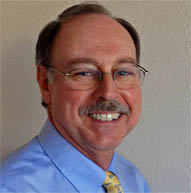 The Cheese Board American Bistro & Catering Company has been a staple in Reno since 1981 and is a great example of a women-owned business.

Debbie Branby started the Cheese Board from scratch (too use a cooking term) and over the next 36 years, built the restaurant and catering business into the icon that it is today. But Branby didn’t do it alone. For the past twelve years, sisters Krista Phillips and Caitlin Fletcher had become progressively involved in the business, learning everything from waiting tables to working in the kitchen and taking on management responsibilities.

In March of 2017, when Branby decided to retire, the sisters saw an opportunity to carry on the legacy of the Cheese Board and a women-owned business. However, both sisters are married and owning a restaurant is a much bigger responsibility than being managers. Partnering with a family member also had its own considerations so taking on ownership was something they had to decide individually and then agree on mutual goals. 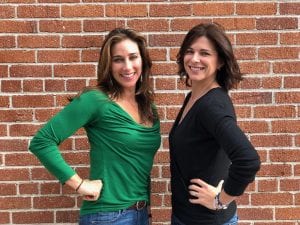 “In all honesty, said Krista. “Our relationship has gotten closer because we have learned more about each other than we ever have. We fought until I graduated high school and, once we were apart we realized how much we missed each other. We actually function quite well together, but we had to grow apart first. You are forced to deal with issues right then and there, because if you take it home or leave it for a long time you won’t move forward. We’ve really come together in using each other as a team at work, like when we have to watch each other’s kids, or one of us is going to an event and the other has to cover something else, we know that the other has our back.”

In addition to the years the sisters spent working at the Cheese Board, the two of them have different strengths and complementary talents that allow them to function so well as a team. “We respect each other’s strengths and weaknesses and can pick-up where we need to and fill in the gaps,” commented Krista.

Born in Reno, two years apart, Krista, the older sister, received a bachelor’s degree in art and design from UNR. While in school, she worked as a bartender and waitress for other establishments before joining her sister at the Cheese Board. Now, as co-owner, Krista has taken on the role of director of catering sales

“I think that Krista is able to use her art degree in a lot of ways to enhance what we do, she has a good eye for food presentation as well as décor and ambiance for catering events and the restaurant,” said Caitlin.

Caitlin, headed south, to UNLV to complete her education, receiving a bachelor’s degree in culinary arts management. Her studies sent her abroad to Switzerland which allowed excursions to neighboring countries including Italy, France, and Germany to further her education on cuisine. It was there that she also developed a passion for wine. After receiving her degree, Caitlin returned to Reno and was immediately hired as the assistant manager of the Cheese Board.

“Not that many people know what they want to do right out of high school and I kind of did. I always had a passion for food but didn’t know where it would take me, I thought I wanted to be a chef and be in the kitchen, but my true passion is for the business side. I love people, I love the hospitality end of it and seeing how it all comes together. So, becoming a co-owner of the Cheese Board with my sister is just a natural transition,” said Caitlin. She has taken on the role of the restaurant manager.

“Being owners is 100 percent different than being managers,” said Caitlin. “You don’t realize until you become an owner that nobody cares about your business as much as you. Even though Krista and I were managers and took pride in what we did and our job, but once you become an owner it becomes part of you, you’re taking care of families and humans, so it’s a bigger responsibility that business owners understand. We take a lot of pride in trying to provide a good life for our employees because if they are happy, they come to work happier, they treat our customers better, and that energy is what drives our business.”

The sisters are responsible for the lively hood of 20 full and part-time employees and have a pool of approximately ten on-call employees that work catering events.