Jennifer Gurecki is the founder and CEO of Coalition Snow, a manufacturer of ski and snowboard equipment, exclusively for women. She has been skiing for over 20 years, learning in Arizona during in the mid-90s.

“When I was in college, I worked in the repair and rental shop at Arizona Snowbowl and loved it, but I never thought I’d build a career in the industry because I didn’t see anyone like me doing it. All the bosses in snow sports were men,” recalled Gurecki.

However, her winter sports passion never wavered, and she built her life around it, even sacrificing high-paying jobs for the freedom of powder days in Lake Tahoe.

Gurecki spent more than a decade in outdoor education working in wilderness therapy and running a 40-day wilderness program for first-generation youth. “You can only spend so much time in the outdoors with other people’s children, so I transitioned out of outdoor education and became part-owner of a white-water rafting outfitter for a few years,” explained Gurecki

But as she got older and developed her business acumen, Gurecki realized that she could build a company that would allow her to merge her passion with a profit. 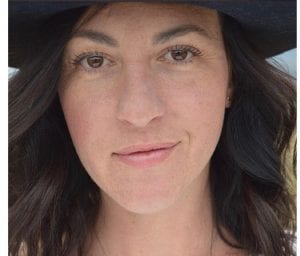 Gurecki’s story really began in June 2013, “I was hiking up a ridge off Tioga Pass while on a backcountry ski trip in the Eastern Sierra. The topic of conversation was focused on an emerging shift in the industry, largely due to outspoken female athletes such as Lyndsey Dyer and Molly Baker. At the time, they were publicly fighting for a more respectful and equal positioning of women in the industry. This, paired with consistent conversations that spanned decades about the poor quality of women’s equipment, sparked an idea for me—what if women designed the equipment that they wanted, rather than waiting for the industry to respond to their pleas?” she explained.

After a summer of market research and a glacier expedition in Africa to pilot the concept of Coalition Snow, Gurecki moved forward with building a team and some seed money to officially launch the brand in May of 2014. The idea of quality ski and snowboard equipment designed and manufactured exclusively for women quickly gained market acceptance, and in March of 2015, the company raised $31,000 in 31 days on Kickstarter. In March of 2017, the company started a second Kickstarter campaign with a goal of $50,000 to expand their product line to include skis and snowboards for youth, to date that campaign has raised over $60,590.

Interestingly enough, choosing to focus my energy exclusively on the women’s market also meant that I could infuse my daily work with my feminist values,” Gurecki explained.

Coalition Snow is the world’s first snow sports company specializing in skis and snowboards designed by women, for women. “We set out to break the “shrink it and pink it” mold that is not only a poor reflection of women’s preferences when it comes to outdoor gear (and so much more), but it also does nothing to elevate their status in the sport,” said Gurecki.

Despite Coalition’s successes, it remains a small independent company, and as the CEO, Gurecki does everything from pack boxes to pitch investors. “These days, I spend A LOT of time on the road at trade shows, events, and speaking engagements. But in the grand scheme of things, I can’t complain about traveling for Coalition. I’ve met some amazing people and shared incredible experiences, all the while nestled in beautiful places. But that Airbnb in Salt Lake City that turned out to be more like a hostel, where I shared one bathroom with 10 dudes under 25-years-old; or the white-knuckled drives through the Rockies as the remnants of my fast food breakfast, lunch and dinner bags pile up in the passenger seat next to me—definitely make me question what I’m doing sometimes.”

Now in its fifth year, the Coalition has opened a field office in Colorado, and the brand can be found in prominent retail locations such as Back Country, evo, and REI. Coalition also sponsors a team of ambassadors and athletes who use Coalition equipment, two of the athletes recently competed in the Women’s Half Pipe competition during the 2018 Winter Olympics in South Korea.

Gurecki also launched a social enterprise in Kenya (where she conducted her graduate research) called Zawadisha, whose mission is to finance the livelihoods of poor, rural women. “Zawadisha really prepared me for my role with Coalition because, despite the fact that the business is located in Kenya and we provide loans for renewable energy and water products, there are a lot of similarities. First, both exclusively work with women, and understanding the diversity and needs within that demographic is critically important. I’ve learned the importance of building community, and how the word “customer” doesn’t really fit the people who purchase our products—they mean a whole hell of a lot more than a sale. The lack of infrastructure (think: no electricity, internet, or paved roads) and a customer base who doesn’t have the means or interest, barely scratches the surface of the challenges. But you learn how to be gritty and resilient,” Gurecki said with a smile.

With regard to work-life balance, “I don’t, nor do I know if it’s even possible when you’re running a start-up. Quite honestly, if I wanted work-life balance, I would go work for someone else and clock in and out. Being a founder and CEO and requires you to toe the line between pushing yourself to the breaking point and recognizing when you need to take a break,” Gurecki commented.

Looking to the future, Gurecki sees Coalition as more than just a company manufacturing a product. “We have been on this pathway of becoming the most prominent, women’s specific, outdoor companies in this industry, above and beyond the equipment that we manufacture. We started with just skis and snowboards, but we have also been able to develop this product as a platform to elevate the voices of women and other underrepresented groups, becoming thought leaders around the concept of diversity. All of this is important to our industry because we know that our consumers are changing their purchasing norms and looking for brands that have a personality and take a stance. In 20 years, the majority of the U.S. population is not going to be white, and it’s critical for our industry to become more inclusive.”

In addition to her duties as the CEO of Coalition, she is the Editor in Chief of the newly launched Sisu (a Finnish concept described as stoic determination, tenacity of purpose, grit, bravery, resilience, and hardiness) Magazine, which will feature untold stories of the outdoors. She continues to support Zawadisha as the Board President and serves as an advisor for other female-founded start-ups.

Adam Varahachaikol 03 Jul 2019 5 comments bizEXPERT
On-the-job injuries can happen at any time in any industry, causing harm to both employees and employers. In fact, private industry employers reported 2.9 million nonfatal workplace injuries and…